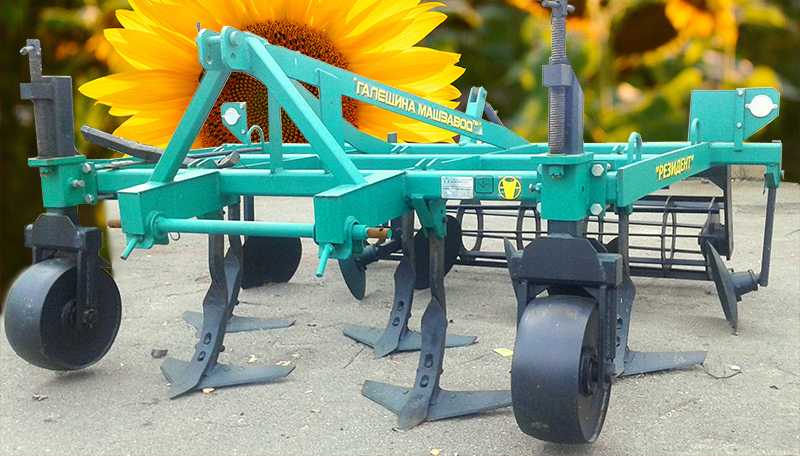 The cultivator is applied for main soil cultivation without overturning surface layer and can be used in all agricultural zones of Ukraine.

Position of the supporting wheels allows undercutting of crops at the depth of 10-15 cm. Thirteen chisels are located on the frame and half-frames in two rows, breaking and cutting the lower soil layer. Operating tool can be disassembled and changed when becomes worn-out.

The tool that wears out the most is the disintegrator, which can be turned around allowing double usage. The right and left patches feature a weldup cutting rim, which self-sharpen and improve quality of operation and save fuel. Support arms of the chisel feature a shear bolt to prevent damage.

The row of discs, located behind chisels, break and mellow the undercut soil layer and partially smooth the crests made by chisels. Compactors additionally break, compact and smooth the upper soil layer.

To prevent erosion and silting of soil, it is necessary to control the depth of mulch deposits. The cultivator allows very fine regulation of the depth, so that stubble remains are mixed within the upper soil layer just a few cm thick. Acids, which are the result of organic mineralization, will not obstruct development of plant roots. Straw mineralization is optimal on the surface, and fine cultivation enables simultaneous germination of seeds fall and weeds.

It is recommended to use the cultivator on rough soil after tillage for cultivation and preplant treatment, as well as for preplant treatment without tillage after harvesting crops and cultivated crops to prepare sowing of intercrops and winter crops.

Major requirements for qualitative operation of the cultivator are steady cutting of cultivated crops and optimal soil humidity.

No comments yet
Recommended articles 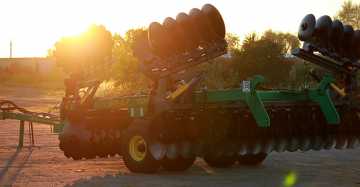 How to choose a soil-cultivating equipment